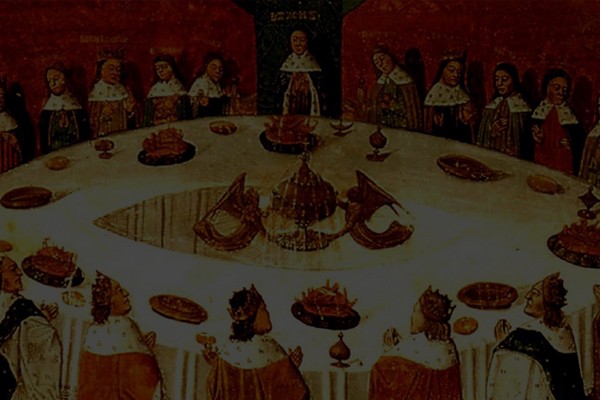 And today we will delve into history. What comes to mind when you hear this word? For statistics, people remember what was most hooked on them. Someone immediately thinks of mammoths and our ancestors, who ran after them with home-made weapons. Someone recalls kings and princes. And someone closer to the Soviet Union.

Our topic will be about people on whose shoulders a colossal responsibility always hung. We will talk about Russia and rulers. Surprisingly, one of the most popular questions, behind statistics, is about nutrition. And to be precise, about how the men ate at that time. Of course, it is clear to everyone that the kings would eat our famous Ossetian pies from our bakery, but, alas, or fortunately we did not exist at that time. And so would become the darlings of all the famous people of that time. After all, how can you not fall in love with our wonderful Ossetian pies. In their juicy and unforgettably delicious filling. And the dough, you can write songs about it. It is perfect. We know how to properly prepare Ossetian pies. Therefore, we have a lot of hearty filling and not enough dough. Straight as you like. The varieties of our tastes would have been surprised by Ivan the Terrible. After all, in our bakery there are both sweet and salty, with meat and fish, and even for people who eat only plant-based food.
Our Ossetian pies, one hundred percent would be in the royal menu. And just as the twenty-first century is now, you can easily feel like royal blood. To do this, you just need to go to our website or call and order the most delicious royal Ossetian pies. If you want to spend time with the company and don’t know how to calculate food, then we will be happy to help you. Our team knows how many pies are needed for your number of guests. After all, we are professionals. And this is one of the points why we are ordered when celebrating birthdays or parties. We also have very fast delivery, because we value the time of our customers.
Well, back to the food of the kings. I wonder what they replaced the absence of our beloved Ossetian pies?

What did the kings eat?

In Russia, pike heads under garlic were in great demand. And this is not surprising, because it was considered the most common fish in those days. That is why various fairy tales and many recipes with her participation took shape about her.
There was also an abundance of hares. Then they were considered such an everyday dish, like today, for example, chicken. Terrible loved the kidneys of these animals. I ate them for almost every breakfast. And now we will reveal the secret recipe for making those same kidneys. Initially, they were steeped in, attention, milk. Yes, it was dairy products that miraculously soaked them. And then coals were cooked and fried on them. The kidneys had to be quickly turned over so that they would not burn out and spoil their amazing taste. From here and the name of the dish went "kidney kidneys."
Also, people in Russia did not refuse caviar. She was also very much. That's true, during the terrible eating only black caviar. We cooked it quickly, because there were many recipes and there were also enough fish. Therefore, not only riches, but also ordinary people could afford it. Would you like to go back to those days and not spend a lot of money on black caviar? I think yes. Only there will be one huge minus. You will have caviar, but there will be no our famous hearty Ossetian pies.
But with caviar was a kind of relationship. She began to eat much later. And the reason for this was elementary demand. Yes, people just didn’t want to eat it and didn’t take it to their table. Black came in well for them. Red caviar was widespread only in Siberia and the Far East. Caviar gained its popularity slowly, starting with the capitals.
But overseas caviar even served on the royal table in small quantities. Well, as claimed in various films about those times. But this is not so. This is just an invention of the scriptwriters. So, such caviar appeared only in the seventeenth century. So a hundred years after the death of Grozny. As soon as she appeared, she quickly gained unprecedented popularity, just like our Ossetian pies famous throughout Kiev.
And what would you choose to call us or go to our website and order delicious Ossetian pies, or prepare overseas caviar and spread it on bread? Of course, there are a lot of people, respectively, and opinions. But we think it’s easier to order than to cook. It’s faster, so it’s even tastier. And quickly, after all, we only take punctual couriers into the team, who have not yet let us down. So what about delivery, you don’t even have to worry. Our famous bakery knows how much time is now.
Товар добавлен
Перейти в корзину
Callback
Director feedback
Sign up
Enter